In Montessori Meets Baby-Led Weaning: A Natural Approach to Introducing Solids, Melissa took you on a journey through Baby Led Weaning (BLW) using a Montessori influenced approach. Today, we will take a look at the Anthroposophical view of feeding infants and young children.

Anthroposophy, which means the knowledge of man, also known as spiritual science, was inaugurated by Rudolf Steiner. Anthroposophy comes from the European culture, as Steiner was an Austrian philosopher, and it builds on the spiritual teachings of the East. Steiner was actively involved in spiritual research, giving lectures, writing books and laying the foundation for many practical arts. His work was the original inspiration for the Waldorf school movement, biodynamic agriculture, Anthroposophic medicine, eurythmy and more.

There is no standard Anthroposophical view or prescription on BLW, because BLW has never been clearly defined. No direct quotes or writings attributable to Steiner have been found that support any sort of claim that breastfeeding should cease at any specific time or that infants should eat solid food at a specific time. In fact, Steiner himself was breastfed until he was four years old. The Anthroposophical views of BLW today are all dependent upon the specific physician, nurse, curative eurythmist, remedial education teacher, Waldorf teacher, Anthroposophist, and so on, that you are discussing the topic with. One common view is that infants should not be exclusively breastfed longer than nine months of age. The theory is that children need to begin to establish independence, and being exclusively breastfed past nine months hinders this. However, most anthroposophic pediatricians leave the decision up to the individual family.

What is a commonality is the belief that nutrition has to adapt to individual needs, to the prevailing culture of the people, and to the climate. Anthroposophical views on feeding infants and children also tend to focus more on the effects certain foods have on the body and the soul/spirit. There is less emphasis on specific foods fed in a specific order and more emphasis on the dangers of feeding infants and children certain foods or giving these foods in unusually large amounts. In addition, there is a lot of emphasis placed on the rhythm and ritual of mealtimes.

In the Anthroposophical view, humans require twenty years for their physical growth to be completed. During this time, various impulses are working that are also indicators of nutritional needs. This shows itself very clearly during infancy, and is met in the way in which the infant is slowly introduced to solid foods. Starting at age two the child is slowly brought to the point of eating the same food as the rest of the family at mealtimes. However, a two year old is a long way from eating everything and should not be given everything that is put on the table.

In order to understand the nutritional needs of the child, it is helpful to observe the phases of growth in childhood. Children do not always grow at a steady pace, but rather in “spurts.” During these growth phases, children have more appetite for protein-rich foods. In between the growth spurts there is more desire for carbohydrate-rich foods like bread, rice, potatoes, and sugary foods. Carbohydrates act more on the nerves and support soul/spiritual development. Protein is significant in physical growth and muscle development.

In the first years of life a child becomes accustomed to the rhythm of mealtimes. They progress from liquid food (breast milk or a formula), to foods akin to the consistency of porridge, and finally to solid foods. The infant should only be given small amounts at a time to get used to the food. There is no right or wrong in what food should be fed first, second, or third. Food selection is best based on your child’s temperament, which I will touch below.

Starting at age two, the child increasingly eats what the rest of the family has at mealtimes. Some children begin this earlier, while others need more time to make the transition and still enjoy their meals of softer foods. The important thing at this age is the regularity of mealtimes. Most children do not value change; they would rather eat the same, well-liked foods. At this age, children mimic what they experience with others. They learn from the behavior and nutritional habits of their parents.

The Anthroposophical view of nutrition places a premium on grains. Grains should be the staple food for at least the first two years. Different properties are attributed to different grains and grains should be selected and fed to infants and children based on their specific temperament needs. Wheat is often seen as a harmonizer of the organ systems, rice is seen as acting on the digestive system, barley is seen as strengthening to the connective ligaments due to a high silica content and also seen to be soothing to the mucous membranes of the stomach and intestines, millet is seen to have warming properties, rye nourishes the head and bones, oats loosens stiffness and increases stamina and resistance to disease, and corn stimulates the metabolism in muscles. It is advisable to eat one grain per day cycling through a seven day week and not to mix them together. The ever popular “multigrain” products actually are not beneficial to infants and children.

For infants, flakes, grits, and semolina are generally well-liked, easily-digested foods. For toddlers, muesli made from grain flakes is considered an ideal breakfast food with added seasonal fruit and milk.

Anthroposophical nutritional science does not recommend potatoes as a staple food, but rather more as vegetables that are not eaten everyday. Potatoes are solanaceous herbs (which means they grow at night). If one looks at its growth from the viewpoint of its inner structure of forces, then one sees there are one-sided qualities that can, among other things, contribute to poor memory abilities in children who are predisposed to that affliction, another reason potatoes should not be a predominant part of our diet. The more preparation that goes into cooking potatoes the better for children. Through intense preparation (mashed potatoes, dumplings, etc), the characteristic quality of the food is reduced somewhat and the general, satisfying qualities become more prominent.

Fruits and vegetables are the second most important food group for infant and children’s nutrition. They are prized for their natural aromas and colors as well as their stimulating effect on the metabolism and various other health-promoting effects. They deliver the most important vitamins and minerals. Seasonal fruit and vegetables should have precedence because are fully ripened, they taste better, and are less likely to contain fermentation. Children live according to the seasons. A fruit or vegetable that carries the energy of the season within supports the child’s experience. Seasonal fruits and vegetables grown outdoors are healthier. A few other recommendations from the anthroposophical view point are:

Rudolf Steiner spoke of milk as a food that gives human beings firmness without being too much of a burden on the human organism. Milk helps in bone development and formation. Today there tends to be  extreme behavior regarding milk consumption. Either children get too much milk or their parents reject milk altogether; neither behavior is appropriate. Consuming too much milk, together with cream and other milk products, is not healthy. Such over-consumption is viewed as leading to doughy skin and delivering too much protein to the organism which again must be broken down. Milk should be completely removed from the diet only if a proven allergy to lactose exists or a genuine intolerance for milk. Even in those cases, one should try to give the children other milk products or cheese. Sometimes it makes sense to change over to milk products from other animals such as sheep or goats.

From the standpoint of anthroposophical nutrition and physiology, meat and fish are not a necessary part of a child’s diet. Very young children, up to age one, should eat neither meat nor fish since the high protein content can be a burden on the internal organs. It is best to introduce these animal products after age three since they have a more formative effect on the child’s small organs than milk has, for example. However, this all depends on the eating habits of the parents, and children of “meat lovers” usually start eating meat at an earlier age.

Eggs are not in the same category as meat and fish because from a fertilized egg, an animal can be formed. Eggs contain a very dynamic, growth-promoting yolk. The part of the egg that actually contains minerals, the calcium-rich shell, is not eaten. The growth dynamic that is in a chicken egg, which is shown in the nutrients it contains (cholesterol, protein, and fat), lends itself to the conclusion that children should not eat too many eggs so as not to stimulate their physical growth too strongly. This depends upon factors such as the child’s age, the season (children grow more in spring, up to Easter, than in summer), their level of physical activity, and their intake of other proteins. Eggs strengthen the body but they do not impart any soul-spiritual stimulation; therefore, they make one more dreamy and sleepy. That is why one would hardly ever give eggs to children with a phlegmatic sullen, introspective temperament, but rather to energetic, nervous children.

Cold pressed oils and butter are ideal for infants and young children. Avocado is a perfect first food. Nuts and oily seeds (sunflower seeds, pumpkin seeds) mixed with dried fruits such as raisins are “nutrition for the nerves” and are well-suited to young children.

Many children love sweet foods. Sweet foods contain easily-digestible sugar that can be absorbed without great digestive effort. But too much sugar can lead to health problems like fermentation in the intestines. For this reason, sugar intake should be limited. It can be enjoyed in moderation through the use of natural sweeteners in baked goods but should be avoided until the child is over the age of two.

Fruit juices are valuable foods that are very concentrated in their undiluted form and should not serve as thirst-quenchers. One should dilute them with mineral water or fruit tea. The most important fruit juice is the well-tolerated apple juice. Red grape juice is rich in iron. Orange juice has high vitamin C content. Of the vegetable juices, carrot juice is best for children.

Rudolph Steiner wrote a very interesting publication entitled Nutrition and Stimulants. It is a series of lectures and abstracts which delve into what I have only scratched the surface on. You can read much more about Steiner’s philosophies on the role of specific foods in our system by clicking here. It will take you to a very insightful blog post that will provide you with a much more complete picture of the foundation of the Anthroposophic view of feeding infants and children. 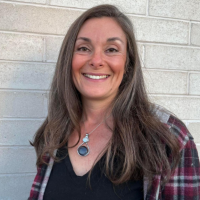 About The Author: Jennifer S