When I started down the path toward living a more sustainable lifestyle about five years ago, I began with small, personal changes: growing more of my own food, choosing safer cosmetics, making my own cleaning supplies, turning down the thermostat…. But eventually I got to a point of complacency. I had done all I could do; I had made all of the changes that I was willing or able to make. It was depressing realizing that there was a limit to the impact that I could make on the environment because I was acting within the confines of my own home.

At just about the same time, I decided to go back to school to earn a second M.S. degree, this time in Environmental Education. The first class that I signed up for was Environmental Law, and I worried about how I would do in that class because, while I have a lot of experience and background in many different areas of science, I have almost no knowledge of law or political science. I was in good company, surrounded by fellow science teachers in that classroom. None of us knew about how laws were made, and I remember sitting through the first class and listening to my professor, who herself was an environmental lawyer, explain to us in a simplified way how a bill becomes a law. When she spoke about Public Comment, I had an epiphany: my voice can’t be heard if I’m not saying anything!

When legislators are considering new laws, there is a Public Comment Period in which citizens of the United States are encouraged to contact their representatives and tell them about concerns, urge them to vote in one way or the other, and tell their stories. They will then respond to comments in the final version of the law. I recalled getting emails and seeing posts on Facebook or Twitter about submitting comments, but I tended to just ignore them. I realized that if I want to have a positive impact on the environment, I needed to take the next step and speak up. After all, our representatives are there to represent us, to speak for us. How will my representatives know what I want if I don’t tell them?

I started slowly, actually reading through emails that I received from groups like Sierra Club or Environmental Defense Fund and then using their forms to contact my reps. I started clicking on links from tweets, reading about the issue, signing petitions, and sharing. I became what some would call an “armchair activist,” reaching out to politicians from the comfort of my own home.

When I got the opportunity to blog for the Moms Clean Air Force, I jumped at it. With them, I have been able to educate other parents about environmental issues and encourage them to speak up. We worked so hard to encourage people to contact their reps to urge them to support the new Mercury and Air Toxics Standard, finally placing limits on mercury and other toxins that were being spewed into the air and ending up in the water, soil, and food chains. I had high hopes that we would be able to protect our children and our planet from toxins and get our reps to support clean air, even in a poor economy and even when opponents were vilifying the Environmental Protection Agency. Ultimately, my own son was my driving force: I want him to have a clean and safe planet.

When the Mercury and Air Toxics Standard was announced by the EPA in December 2011, I was thrilled. I celebrated for all of our children, knowing that I had played a teensy tiny role in getting people to support it. It is an amazing feeling to know that something I worked so hard for will protect so many people, reduce asthma and allergy rates, and clean up our air and water.

Though I never attended a protest, never circulated a paper-and-pencil petition, never chained myself to a tree, I am an environmental activist in my heart, and you can be, too. I challenge you to learn about who your representatives are and what they support, vote for people who represent your ideals, and encourage them to pass legislation that you feel passionate about. Do it for your children. 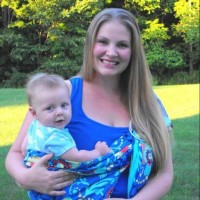 About The Author: Abbie

Abbie is a breastfeeding, cosleeping, attached working mother to Joshua, wife to Ed, an environmentalist, educator and blogger.

The New Faces of Feminism

One Response to Finding My Inner Activist