Two of the three members of our family bed, sound asleep.

Cosleeping, also known as “sharing sleep” or having a “family bed,” is a parenting practice that still smacks of taboo in our Western culture. But recent scientific studies are building a much stronger argument for the benefits of sharing sleep with our children.1 Yet even with the scientific support and the changing cultural perception of cosleeping, the subject is typically constrained to parents of infants.

It is still socially taboo to admit that you share sleep with toddlers or older children, but research shows that the taboo is unfounded. Children who cosleep are generally more independent and secure, develop close and lasting bonds to their families, and report more happiness and general life satisfaction than children who sleep alone. There are many reasons that sharing sleep with your children is healthy and beneficial even after they’ve started walking, but below are five of the best reasons.

Melissa of Simple Whimsy and her family snoozing peacefully.

If you’re on the fence about continuing to share sleep with your little one past infancy, I’d highly suggest reading Dr. Gordon’s Good Nights. It is packed with both research and with testimonials from children who have “graduated” from the family bed. He also offers tips on dealing with criticism from friends and family who do not agree with the practice.

For more resources on cosleeping and nighttime parenting, check out Natural Parents Network’s “Ensure Safe Sleep” resource page. It has links to articles as well as additional book recommendations.

How long did your child stay in the family bed? 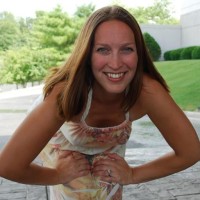 368 Responses to Five Benefits to Cosleeping Past Infancy